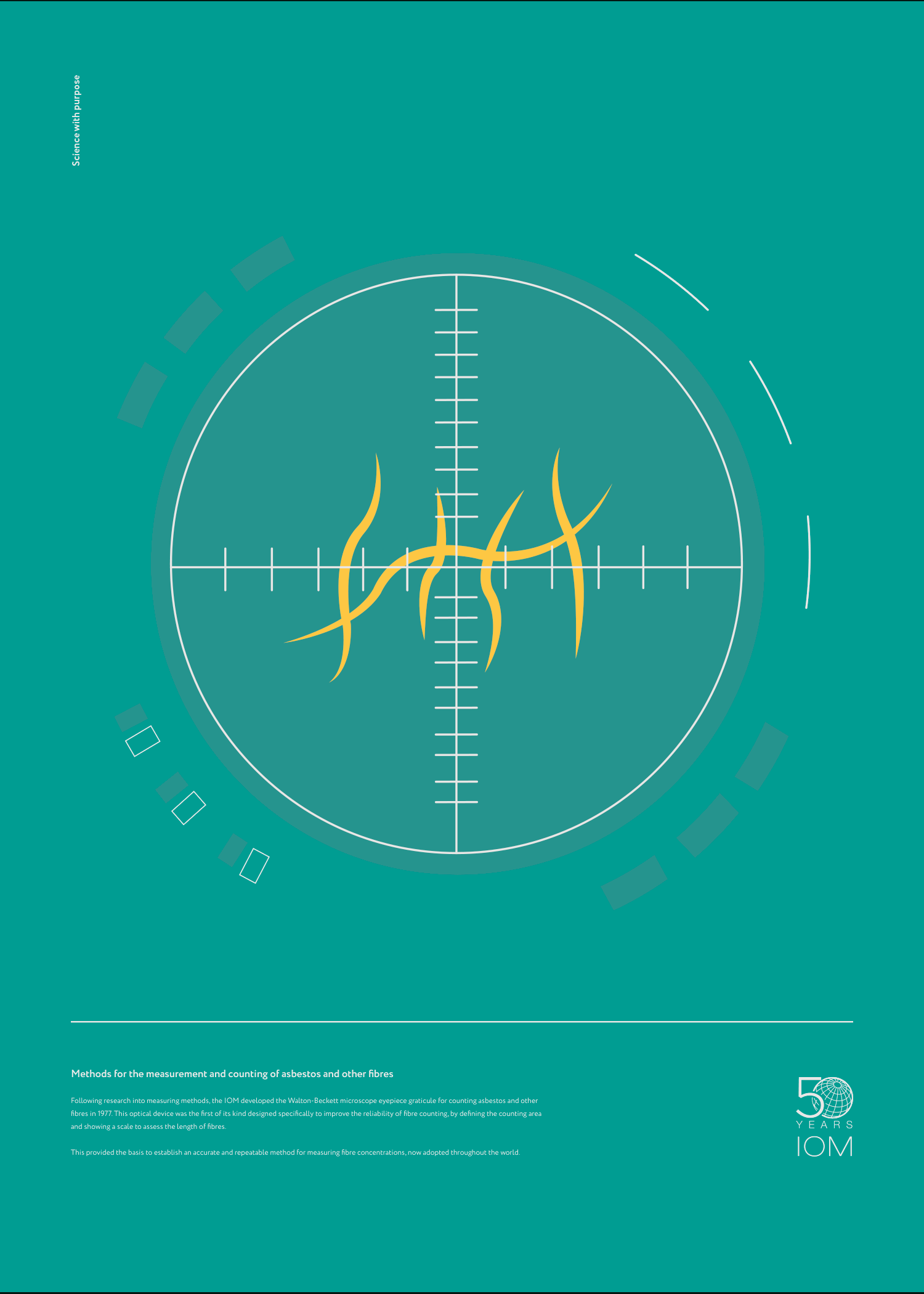 In 1977 we developed the Walton-Beckett microscope eyepiece graticule. This was designed to aid the development of a repeatable method for measuring airborne fibre concentrations.

An extensive programme of research on the toxicology of fibres showed that the persistence of asbestos fibres in the lung was an important determinant of carcinogenicity and fibrogenicity. This research also showed that fibre dimensions were critically important in determining toxicity. It was established that long, thin asbestos fibres were potentially the most hazardous so dimensions were agreed for the purpose of classifying fibres as respirable. These dimensions were adopted by the World Health Organisation and are still recognised today. A respirable fibre is defined as any particle longer than 5µm with a diameter less than 3µm and an aspect ratio greater than 3:1.

The Walton-Beckett graticule was designed to enable anyone analysing an airborne dust sample to determine whether the fibres present met the definition of a respirable fibre and accurately analyse a known area of the surface of the sample. The graticule is a circle of approximately 100µm diameter, divided into quadrants by two diametrical lines. The vertical line is scaled in 3µm divisions and the horizontal line in 5µm divisions. The perimeter of the circle also shows examples of fibre shapes of various lengths and diameters to aid the determination of whether fibres meet minimum aspect ratio criteria.

We have commissioned 50 pieces of unique digital artwork. Each piece will focus on the most significant scientific impacts we have made over the last half century. This is the first poster we are releasing, taking us back to one of our most important early impacts. In coming weeks we will be releasing more artwork along with further content and images.